The Ulama-e-Haq — Righteous Pious Scholars are the guardian of the Ummah. Without them we couldn’t have achieved and understood Deen – Islam. It is through their utmost efforts, Islam has reached us – till today and would be circulating till the end of this world. We are enormously indebted to them. Those who are NOT grateful to people (for their help, support) cannot be grateful to Allah Taala.

The dissemination of Islam and its comprehension has been through Pious Scholars; this is the Sunnah (system and way) of Allah Taala — He preserves and disseminates His Deen through the Pious Ulama [after the Ambiya (Alayhi-himus-Salam) ]. People who fail to recognize and accept this fact would go astray in this world and face great loss in afterlife; for such defiance and waywardness, there is even risk of losing Iman (Faith).

If someone claims the love and obedience towards Beloved Nabi ﷺ and his noble companions – the Sahaba (RA), s/he MUST recognize that Islam has NOT reached him/her directly from the golden age and overnight! It has crossed the boundaries of more than 1400 years through the blessed-carriers of Deen and would move forward likewise. The “blessed-carriers of Deen“ are undoubtedly the Pious Ulama [stated in Hadith as Warasatul Ambiya — the successors of the Prophets (AlayhimusSalam) ], they are the highest ranked people in their ages and decades. Loving, respecting them and accepting Islam from the Pious Ulama is a sign of great fortune. On the other hand, hating, rejecting and turning down the lessons of Ulama are signs of great misfortune.

Please note again, Islam has NOT reached us directly from the golden age; this is actually the Sunnah (system and way) of Allah Taala — He preserves and disseminates His Deen through the Pious Ulama. Today people who overlook the sacrifices and hardship of Pious Ulama cannot recognize the true status of Beloved Nabi ﷺ and his noble companions — the Sahaba (RA) even. Ignoring the “Pious Ulama of any age” makes the “bridge between” missing, and this results in incomplete recognition and comprehension of Islam too. Many distortions in Islam, many misconceptions regarding Islam and many wrong practices of Islam are due to mainly ignoring the respect and lessons of Pious Ulama.

Today, when fitna – trials and tribulations are rife, it is very important to understand the status of Ulama. When shaytan, our terrible enemy has seen that we would NOT move from the path of Islam, he exhorted us toward distortion and deformation of religion and righteous path. For instance, the evil shaytan and his accomplices has urged us to get into unconditional “self-study” which the Pious Ulama warned us as “nafs based study”. As there is a partial benefit of self-study, rather great taste felt by the nafs (lower self), many have fallen into the pitfall of shaytan. These people among us have dared to take upon the authority of Ulama – either NOT being Alim (a scholar) or NOT being attached to the Ulama. They have become complacent with their achievements. Had Allah Taala made the “ins and out rulings of Islam” so easy to comprehend for all, He would NOT have necessitate divine knowledge to be attained with such struggle, hardship and several steps. He would NOT have given authority to “a particular class” to teach and preach Islam through complete guidance. Since the very time of Beloved Nabi ﷺ and his noble companions – the Sahaba (RA), there have been expert people of knowledge on the Holy Qur’an and AHadith, who holds authority over the Ummah to show the right and wrong in all aspects of human life and in all ages [Not all Sahaba (RA) even had expert knowledge of the Quran and Sunnah – they had asked to the knowledgeable ones, who held authority]. People today, or at any age – who would not recognize this fact (of accepting the Ulama as authority of in-depth knowledge of Islam) would get into high risk of misguidance; moreover, they would become means of misleading other people too.

Even there are people today who are daring to question the knowledge of the pious predecessors of golden age/very close to the golden age; they are indeed legends in the History of Islam! Their piety is unparalleled. Negative notions against pious people of that era is nothing but a very sly-pitfall of shaytan, who is trickily sneaking in to make Islam unreliable to us. Because, if the knowledge of such personalities could be questioned, their Taqwa, Ikhlas, teachings and lessons would all gradually be deemed “unreliable” and “unworthy” to us. Imagine what a threat this state would be for our Iman! The noble lives of Tabeyeen [who where blessed by the Company of Sahaba (RA) ] and Tabe-Tabeyeen [who where blessed by the Company of Tabeyeen (R) ] and thereafter all pious predecessors life have been preserved and discussed so thoroughly in history that if any one, today arise a question about them — their pious character, their knowledge, the whole history would reversely question the person regarding his Iman and religion! At least such commentators should get ready for an excuse from the Court of Allah Taala – how dare he could do so!

To sum up, DO NOT DO what your mind strikes at. Get tied up with the Pious Ulama who are connected both knowledgeably and spiritually with the 1400 + years chain. Any opinion, research or conclusion that contradicts the established beliefs and concepts throughout this period would be deemed distortion and leave us astray from the fine-path of Siratal Mustaqeem. If by knowledge any one is doing so and separating himself from the large Ummah or inviting other people towards such wrong understanding and beliefs, he is doing so at his own risk. 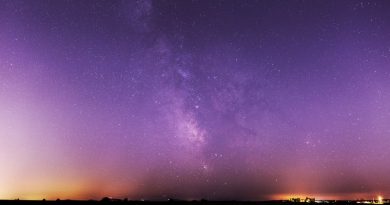 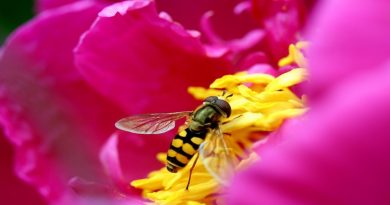 Internet Warning: Points to Ponder for a Muslim