We should inquire to ourselves critically, “Between the worldly and the afterlife, which is my objective and priority?”

If the afterlife is objective, our worldly tasks should even encompass the commandments of Allah Taala. If the worldly-life is sole objective, even our Ibadat would have no real worth – it would become just a routine practice. Indeed, our worldly dos and donts easily prove whether we had targeted this worldly or the after life(?). If my dos and donts cross the boundaries which has been forbidden by the Holy Qur’an and AHadith, definitely there is question regarding my life-objective as a Muslim.

It is true that being in this world, no one can escape its activities and no one can flee from his duties and responsibilities. The world is full of activities and our lives are not free from duties and responsibilities. However, a Muslim prioritizes all his doings bearing in his mind the matter of returning to Allah Taala. A sincere believer would demonstrate and prove his orientation and inclination toward afterlife through each and every act; both – his Ibadat and worldly tasks (indirectly Ibadat) would be the means of remembrance of Allah Taala.

The contrast between a believer and non-believer is clear in the Holy Qur’an’s Verses: 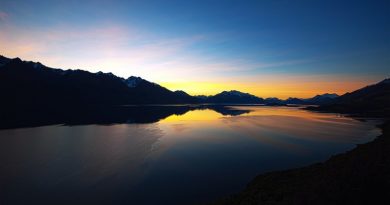 An opportunity to utilize the impact of Ramadan