If Allah Taala has granted someone the Tawfeeq to perform Hajj, it is compulsory on him/her to express shukr, i.e. gratitude abundantly. Not to mention, the gratitude through tongue is of course important but it is the initial. Gratitude should be expressed through obeying the commands of Allah Taala. At least there should be a very keen and sincere effort to obey Allah Taala.

For a Muslim it is a grand earning that he has been so fortunate to perform Hajj. We pray that Allah Taala provides every of us, the whole Ummah, Hajj-a-Mabroor! Aameen!

The underlying problem of this Ummah is nothing but the losing senses regards sinning. Hundreds of sacred journeys like Hajj and Umrah will bring in no value and positive changes if sinning (disobeying Allah Taala) is not stopped.

We urge humbly to the Ummah! Get rid of sins please. Get rid of disobedience against Almighty Allah! Whatever has been done – just repent orally to the minimum, still start repenting today. Ummah is being seen counting Tawafs and Umrahs performed – competing against each other how many more could be done! However, there is no calculation of how many sins have been stopped and abandoned.

The whole Ummah of Beloved Rasulullah ﷺ is under this test today – performing good deeds “with or without sinning”. The pious scholars repeatedly blowing the same whistle of warning, perform less and even the least of good deeds (only the compulsory ones), but for Allah’s sake, stop sinning and do Tawba from the disobedience of Allah Taala. Because hoarding a lot of good deeds disobeying Allah’s commands will make our account’s balance zero or negative.

Who will pay heed to this important warning? One who is intelligent; one who is keen at his calculations regarding facing the subtle judgment on the Day of Resurrection. Think of a son carrying on additional duties and responsibilities in favor of his father, which his father did not order him to do. However, the son is neglecting those completely which already his father ordered and forbade him to do. If the father finds out that his son had done all works in his favor but did not carry on the fundamental activities which he (the father) had ordered and forbidden to act upon, what reaction do you (dear reader) expect from the father?

One of the holiest Ibadats like Hajj will bring in positives only when our direction of life is changed from negative to positive; we will be blessed when we follow the blessed. Pondering on the meaning of Sura Fatiha is very important and useful in this regard:

All praise is for Allah, Lord of the worlds.

It is You we worship and You, we ask for help.

Guide us to the straight path.

The path of those upon whom You have bestowed favor, not of those who have earned (Your) anger or of those who are astray. 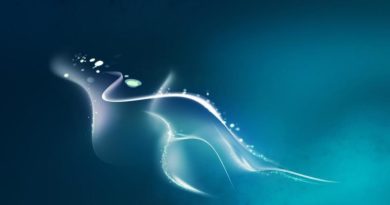 Meeting the Lord in Seclusion