One man asked Shaikh Abu Ishaq Fazari (R), “Would a shroud-thief *(a person who steals burial garment) be forgiven?” He replied, “If his intention is pure and Allah Taala accepts it as sincere.” The man said, “I used to steal shroud from the graves. I had witnessed that some deceased had their faced turned opposite Qibla.” Shaikh Fazari (R) kept silent. He then wrote a letter to Imam Awzayi (R) and inquired of the matter. Imam Awzayi (R) replied, “Yes, Tawba of the shroud-thief would be accepted if Allah Taala grants it as sincere. And those deceased who had been seen with faces turning opposite Qibla are the ones who died on the path other than Sunnah.”

N.B. Shroud-thieves were common in the past.

We can at least say that if a Muslim’s face turns opposite Qibla after death, it is a sign of misfortune, i.e. his ending wasn’t satisfactory. If such happens due to not following Sunnah then it is definitely a grave sin. Following Sunnah is the key to all success for a Muslim.

Sunnah is a broad term. Major meaning of ‘ to follow the Sunnah’ is, to follow the complete Shariah; many Muslims, who don’t understand this broad meaning of Sunnah, refer it to one narrow sense, which actually is used as the Fiqhi term of the word Sunnah, i.e. in Fiqh, there is Fard, Wajeeb as well as Sunnah. Interesting is, according to the broad term Sunnah, (the previous meaning) all Ibadat, including Salat, Sawm, Zakaat and all other good deeds are Sunnah, i.e. to follow the complete Deen which Rasulullah ﷺ demonstrated and established by the commands of Allah Taala!

Now for instance, if one says, keeping a beard is Sunnah, what does it actually mean? It means that ‘keeping beard’ is a part of Deen. But if one wants to say what the Fiqhi Ruling of Beard is, keeping beard is Waajib** or at least Sunnat-e-Muakkadah, i.e. it must be performed, and therefore, shaving the beard is a major sin. So, people who neglect to keep beard and say it is just a Sunnah (they mean that shaving is no sin) are making a big mistake!

**Waajib is also something necessary, although of a slightly lesser degree than Fardh. The person who denies this will not become a Kaafir, but will be a Faasiq (flagrant sinner). Sunnat-e-Muakkadah are those actions of Nabi ﷺ which were done regularly. A person who leaves out such an act will be sinning. 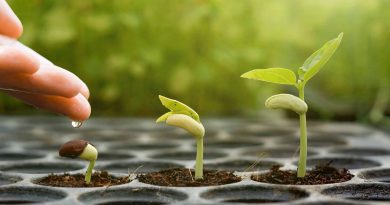 The Primary Step towards Isteqamat on Allah’s Path

Time to speed up to Get Closer to Allah

Someone asked: What is sin? The reply given was: That which the heart dislikes. Hakeemul Ummah Thanvi رحمة الله عليه