Those Muslims who had not categorically learnt and understood Islam should be aware of what they say and comment. We, the ignorant Muslims, often cause much more harm to the society and Ummah than those outside the fold of Islam.

Immaturely knowledgeable Muslims pose questions and often air own feelings or personal opinions randomly and awkwardly without considering the place, person and time. This is not only due to the acute lack of knowledge but also due to over excitement and emotion. May whatever be the way they do it, no doubt, it is a violation; an unqualified person should inquire it to an expert, but cannot express his opinion and/ argument by possessing a vague understanding about a topic. Such violation is an offense. Every Muslim would agree that if such violation is related to Qur’an and Sunnah, it is the most severe one.

In this digital society today, unfortunately we believe, every one of us has to say something about every thing and every thing demands that all people talk about all matters. Therefore, whatever is NOT rocket-science to someone, he starts talking and commenting on it. The physicians are now Muftis. However, the Muftis are paid no value and respect because they dare not to become physicians(!) But interestingly, if suddenly a Mufti starts practicing medical science without being qualified on the field, probably every quarter will be criticizing and stopping him.

A Muslim’s lack of proper knowledge on Qur’an, Hadith would misguide him in all spheres life. He will apply irrational roles while judging things. There is of course a difference between his distortion and a non-believer’s. However, a matter of grave concern today is, for how long?! When the person – one who was born in a Muslim family and did not attain any knowledge of his religion, but accelerated highly on secular education, took up any profession and without any fundamental knowledge of Islam – what acts and concepts flow out from him at an age from 20-30 and so on?! The ironic fact is, this child today after growing up as a full man, has taken a bold(?!) stance against the teachings of Islam – of many he himself is completely unaware of. Let not hastily blame someone in this regard, but point figure to ourselves, each of us individually, what am I doing to solve this? Because, Allaah Taala, our Creator and Lord has given each responsibilities, rights over others (not only to individuals, but to families, societies, country and above all to the whole Muslim nation – depending on the individual’s capability of course).

Reading Biography of Pious can equally be Beneficial 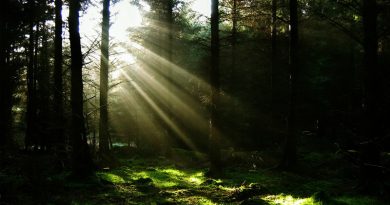 Life of Grave: Transit to Afterlife – 3