In greetings, felicitations, receptions, and wishes, a Muslim never uses foreign culture, nor will he use words that are contrary to Sunnah.

It is important to refrain from greetings which hasn’t reached us through the Hadith or the Companions, even though they sound good. Greetings and felicitations like Khuda Hafeez, Jumma Mubarak etc. are being spread in the Muslim society today. The literal meanings of these words are not anti-Islamic, rather, they sound good. However, apprehension is that people may think of them as means of thawab (reward); if so, then it would become bid’at, which is a clear violation of Allah’s commandment. Unfortunately, nowadays, many Muslim brothers and sisters greet by uttering good-morning, good-evening; these seem to be quite usual. Using these foreign greetings is considered generosity. Belief, actions, expressions of greeting pertaining to Islam and Muslims seem to be a burden for many Muslims(!). Bearing and express those is a matter of shame at many quarters (Naujubillah)!

The principles of Islam are strict and beautiful. Because they are not manmade. Only if a few words have a good meaning would not be accepted as a greeting in Islam. The teachings of Islam are based on the Quran and Sunnah. Deviating from the path of the Quran and Sunnah and using anything other than which the Shariah has taught would be wrongful and going astray. Greetings such as, Happy New Year, Happy Birthday and so on are such manmade rituals, which ware worthless. These are unable to make our worldly life ‘happy’, how could they make the afterlife successful ?! The more a Muslim moves away from the Sunnah, the more his problems would amplify; they won’t reduce. These useless, foreign greetings and felicitations may only result in some outward satisfaction; they bear neither any prayers to Allah nor could they be sincere, wholehearted and honest. Just as the Muslims’ words for greetings, salutations and wishes are foreign and strange to the non-Muslims, the on-Muslims’ words for greetings, salutations and wishes should have been foreign and strange to the Muslims.

However, unfortunately, the Muslims have easily accepted the non-Muslim greetings and felicitations. Whereas, the non-Muslims neither accepted nor welcomed the Muslim greetings — it is although quite obvious. Because, the Muslims’ greetings, salutations and wishes are something more than just greetings, salutations and wishes. Their meanings bear profound-messages, which have relations with the beliefs and appeals of Islam. This is easily understood by a non-Muslim and therefore, they ignore them; again very, unfortunately, a majority or a large number of Muslims are unaware of their religion’s richness; they possess very little knowledge of the greatness and power of these greetings taught by Islam. Leaving their own best way of greetings they get influenced and attracted to the worldly futile greetings, neither which of any has an in-depth meaning nor do they have any relation with the pleasure of Allah. 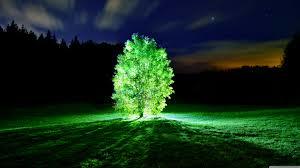